The Emergency Medical Aid Center – Stara Zagora was established on the grounds of Decree No. 195 of the Council of Ministers from year 1995.

Targets of EMA are:

The quality of the emergency medical aid rendered at the health establishment must meet the best medical practice rules.

Set up of activities and structural units

Communications
An information-communication system has been delivered by the French company SAGEM under the PHARE Program and set up at the Emergency Medical Aid Center – Stara Zagora.
The system set-up is an aggregate of:
• Networked computers registering and storing the calls and information about the operations;
• A call filing system;
• A radio network;
• A telephone system;

The architecture of the radio network spans on three levels:
• Regional level /a radio system with coverage ensuring communication between the regional coordinating Headquarters, the branches, and the mobile radiostations within the region /;
• District level /ensuring radio connections between neighboring RCHQ/;
• National level /not implemented under the project/
The GPS /Global Positioning System/ coordinating system was implemented making it possible to achieve:

To make radioconnection Sagem radio stations and the GPS system for location control are used.
All sanitary vehicles have mounted mobile radio stations allowing connection with the stationary ones located in the branches.
The GPS system controls the ambulance itineraries and allows radio link to each vehicle.

Changes in the telephone communications and the related cost reduction at the EMAC-Stara Zagora:
In relation to improving the organization of and control over the incoming calls at EMAC-Stara Zagora, in March 2007 all incoming calls to number 150 made in the entire district were diverted to the RCHQ and the 150 stations at the other branches were shut down. 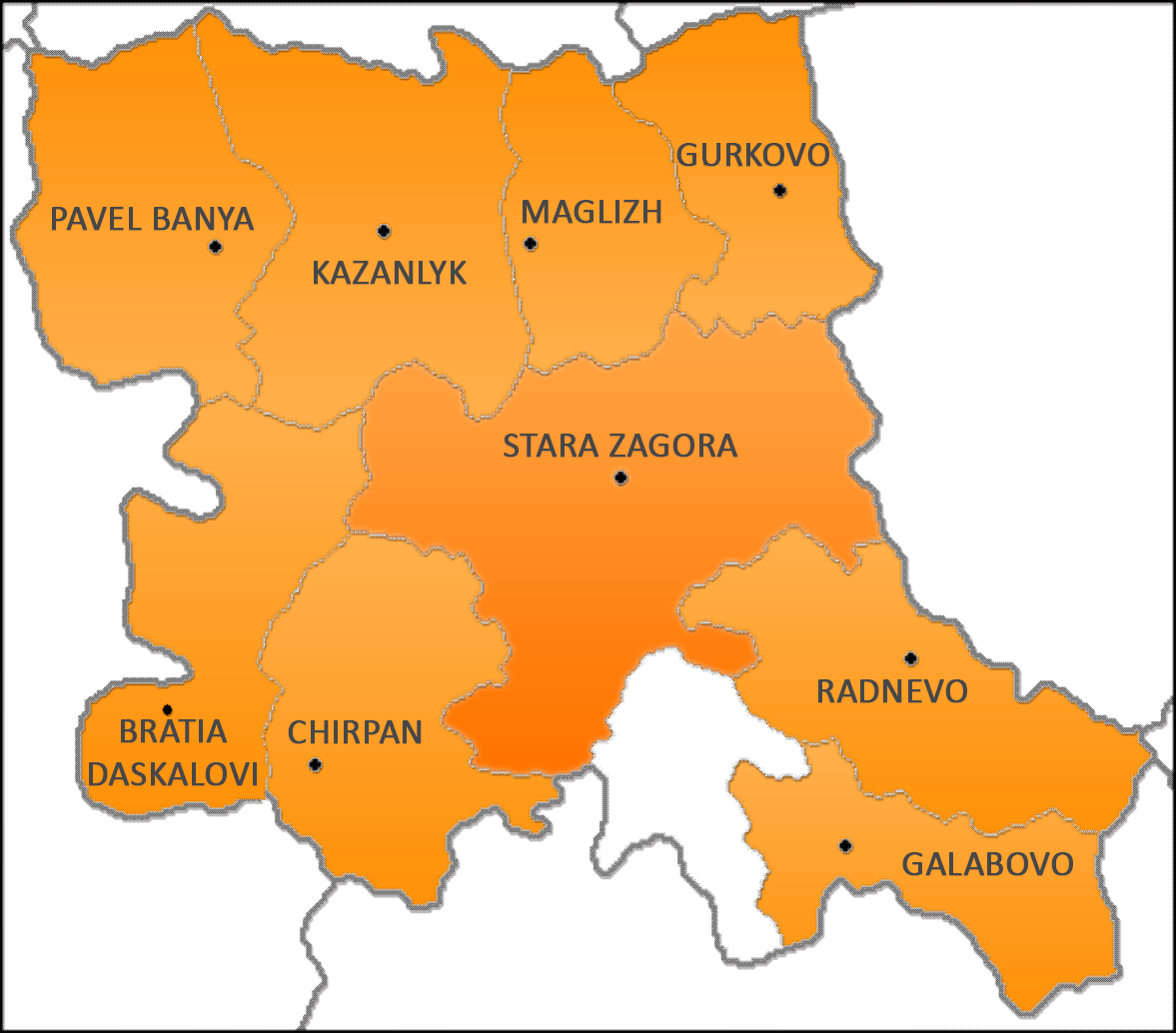 The Emergency Medical Aid Center – Stara Zagora was established on the grounds of Decree No. 195 of the Council of Ministers from year 1995.

The Emergency Medical Aid Center – Stara Zagora is a unit operating 24-07 as per the meaning of the Medical Establishments Act.